HOW IS BATUMI A PLACE? | we are not at home

You see, Ayşe is in Batum and Ahmet is in Batum. Especially if you have a relative living in the Eastern Black Sea Region, the photos he takes from Batumi every weekend may end up on your Facebook. For those who want to go too, we wanted to tell you what kind of place Batumi is.

If you decide to go, you will find these articles very useful:
HOW TO GET TO BATUM?
2 DAYS BATUMI PROGRAM for those who will spend the weekend
PLACES TO SEE IN BATUMI 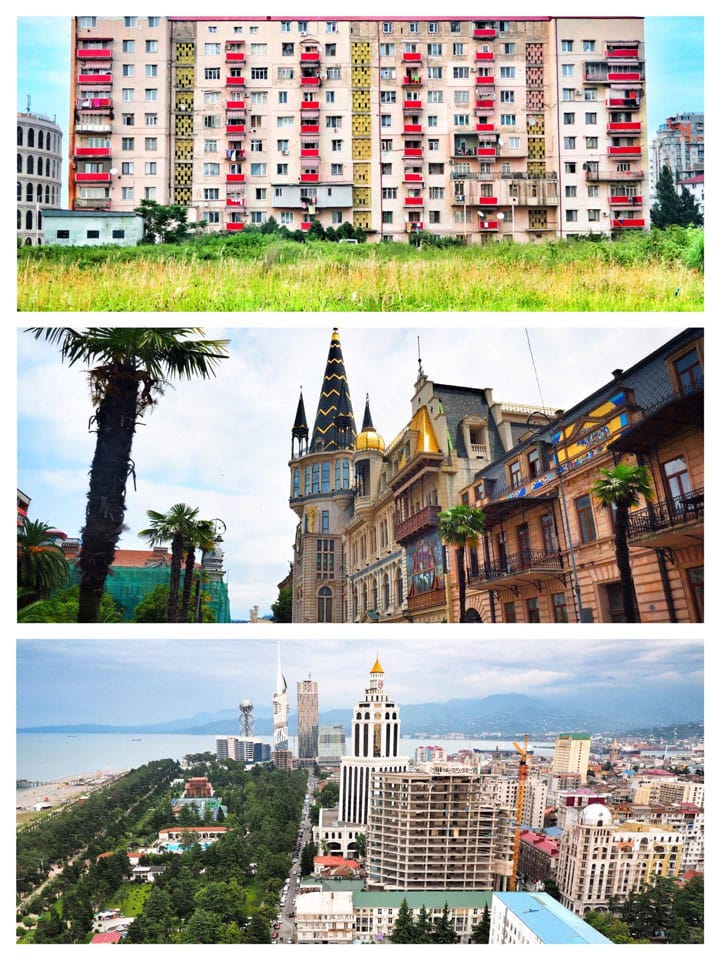 In recent years, there has been a remarkable, tangible renewal and modernization throughout Georgia, but especially in Batumi. Batumi has long been a city with a European temperament. Since it is one of the port cities in the east of the Black Sea, the Europeans who trade with the East established trade colonies here. This was also the case in Ottoman times, but the Ottomans added mosques to the city skyline. Later, giant communist apartment blocks were added to Batumi, which was part of the Soviet Union, as seen in the top photo. Thus, Batumi architecture became mixed with structures inherited from the Ottoman, European and Bolsheviks. Finally, another texture added to this diversity is skyscrapers. Although years have passed since the collapse of the Soviet Union, Georgia could not recover for a while. In recent years, Georgia has been making incredible economic breakthroughs, so that even the United Nations has shown Georgia as an exemplary development model. This rapid change has also reflected on the city’s face as wonderful park & ​​garden and beach arrangements and plazas.

With the Soviet architecture inherited from the Soviet regime on the one hand, the European squares designed with inspiration from Italy on the other, the design structures of the modern time, public contemporary art works, hotels, beach bars, cafes, restaurants, Batumi both embraces its past and prepares for the future. a place.

IS BATUMI A SAFE PLACE? 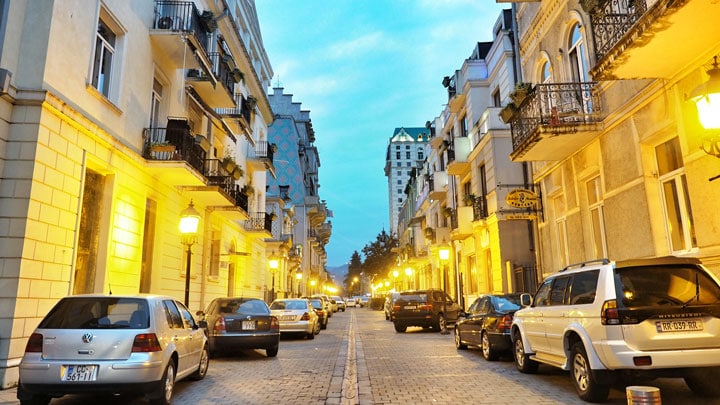 Georgia is already a country with a relatively low crime rate in general. The people of Batumi are also walking peacefully on the streets. Batumi is a city that lives at night. Even after dark, the streets are as comfortable and safe as during the day. Other than the little kids and opportunistic taxi drivers who swarm you for a Lari or two in the port area, we haven’t encountered any setbacks. There are no artisan types from Antalya who pull or block you in order to attract you to their restaurant or business. In general, it seemed very peaceful to us, but it is always good to be cautious. 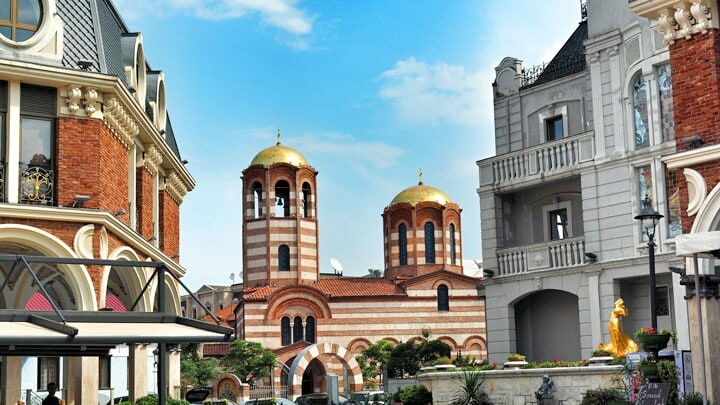 The history of Batumi is very similar to the history of the region since it is our neighbor from the Black Sea. The city, which has been under the rule of many empires and states from Persians, Romans, Mongols to Ottomans, from England to Soviet Russia, from the first age to the present, 314 years after being a part of the Ottoman Empire with Suleiman the Magnificent in 1564, as we have always memorized in history lessons, Russia with the Treaty of San Stefano and the Treaty of Berlin. left to . However, it was given back to the Ottoman Empire in 1918 with the Treaty of Brest-Litovsk during the First World War. With Mondros, it was first up to the British and finally to Georgia. Although there were attempts by the Republic of Turkey to take back Batumi through diplomatic means, in 1921, as a result of the Moscow Treaty and the Kars Treaty, Batumi remained in the Adjara Autonomous Soviet Socialist Republic. Batumi, which was known as Adjaria at that time, became a part of the central government after Georgia declared its independence in 1991 with the collapse of communism, although it was connected to Soviet Russia. In fact, for the first time in their history, Georgians are actually ruling themselves. 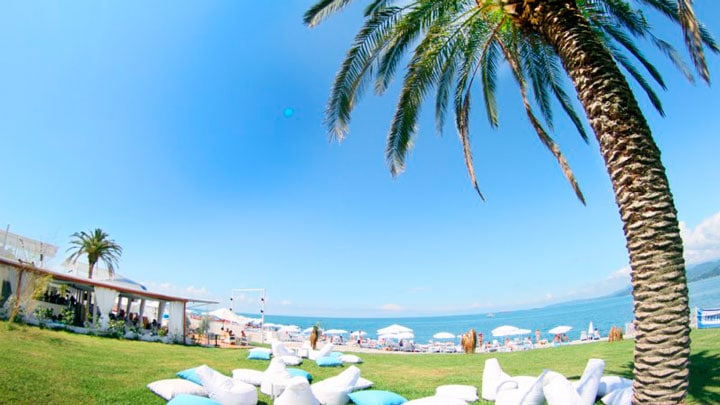 There are only a handful of places in the world where you can enjoy both being a big city and enjoying the sea. The people of Batumi, too, eat the fruits of their city by the sea, enjoying the sea during the day and partying on the beach in the evening. There are both public beaches and beach clubs. It does not pass by the pleasure of swimming in an Aegean, but it is ideal for those who are in the city in the summer heat to spend the day. By the way, surprisingly, the calm sea of ​​Batumi is nothing like the Black Sea we know!

So where is the most beautiful sea? It is located 30 minutes from the center of Batumi and the Turkish border Hopa. Kvariati It is the first choice of the people of Batumi for swimming.

Today, 152,839 people live in Batumi. The majority of the population (104.313) consists of Georgians and Adjarians, the local people of the Adjara region. Since the Adjara region coincides with the Georgian border with Turkey, the majority of Adjarians naturally converted to Islam. However, most of the population is Christian, affiliated with the Eastern Orthodox Church. In other words, they are affiliated to the Patriarchate in Balat, Istanbul. Armenians (7,517), Russians (6,300), Abkhazians (800), Ukrainians (770), Greeks (587), Azeris (301), Ossetians (142) and Laz are also other ethnic groups in the Batumi population. In this case, Christians, Catholics and Jews affiliated with the Armenian Apostolic Church are also minority religions. 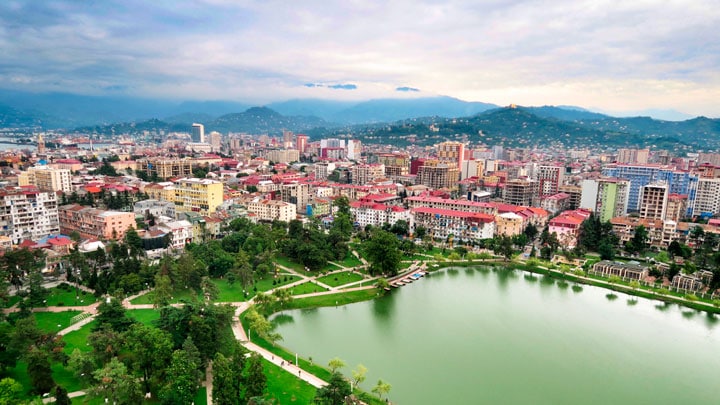 Batumi, like Georgia’s Bodrum, attracts people from the capital Tbilisi and other surrounding cities in summer. Because this is a big city, it has a coastline, culture-art life, nightlife, beautiful restaurants, bars and wine houses, and there are great nature escapes around it. 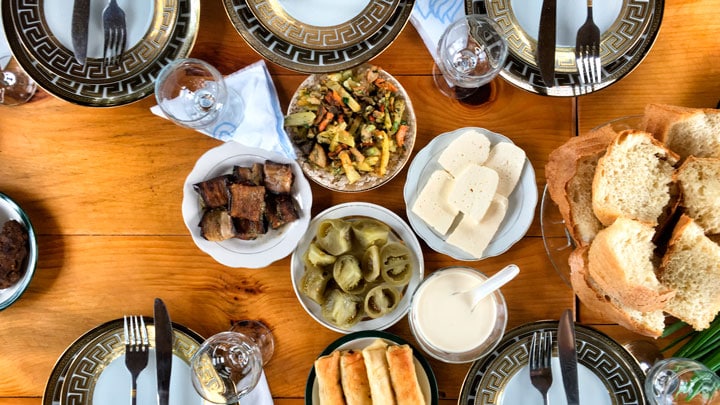 Eating and drinking: Especially in Batumi, eating and drinking is cheap. This is one of his big trump cards that made us take a weekend getaway from Turkey. You can eat for 3 people, including drinks, and pay an average of 45 Lira. To exemplify the prices; 3 main courses + 1 salad + 3 beers cost 35 Lari (45 TL in Jul 2016).
Alcohol and smoking: Much cheaper than Turkey.
Accommodation: On the other hand, accommodation remains relatively more expensive than food and beverage prices. Still, there are middle-class places to stay for 150-200 liras. Hostels are around 50 – 60 TL.
Entertainment & Travel Activities: We have given the activity prices in Batumi in detail in our article PLACES TO VISIT IN BATUM.

One of the biggest pluses of Batumi is that a lot of Turkish-speaking Georgians live here, both because it is a city 20 minutes away from the Sarp Border Gate and because it attracts a considerable number of tourists from Turkey. Most of the Georgians, especially working in the service sector, can speak and understand Turkish, albeit with a smattering. In other words, you do not need to know English to make a weekend getaway here. 1 out of every 10 people we came across spoke Turkish. 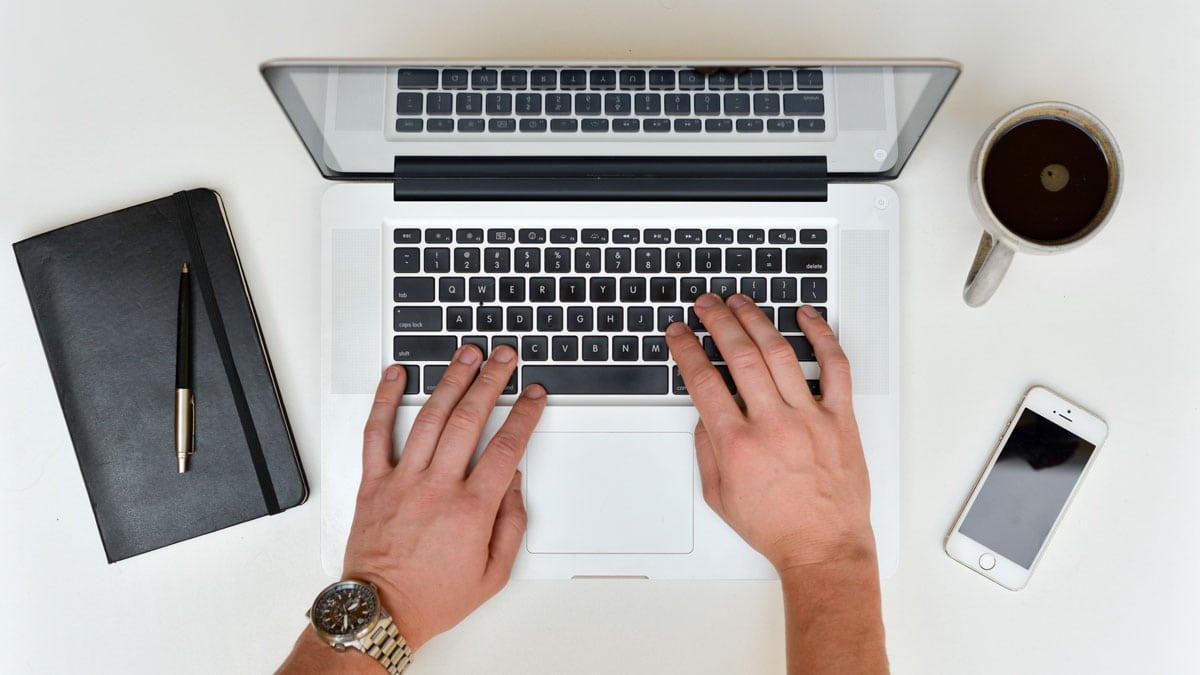 Electronics prices here are cheaper than in Turkey! Those who live in the border region go to Batumi as if they go to the market for shopping. The most curious iPhone prices in Batumi. Yes, it’s a little bit cheaper than Turkey, but there is no difference between horse and camel. However, if you do not see the phone stamped on your passport in the last two years, why not buy it here, even if it is slightly cheaper? You can think of the same thing for electronics prices in general. 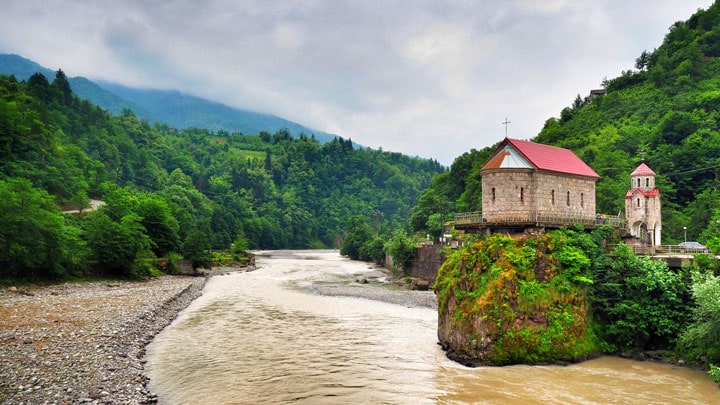 Batumi and its surroundings have a lush nature. Especially inside and outside the city, parks and gardens, vineyards and mountains make the city even greener. Especially Batumi Botanical Garden is one of the must-see places. Of course, it is funny to call it a garden, it seems more appropriate to say a preserve. Because it takes 1.5 hours to walk from one end to the other without stopping. Well, it takes some time to step through the forests of 6 continents and 5 thousand plant varieties. There are mountain villages around Batumi. In particular, there are hiking routes consisting of wonderful mountain villages under the Keda, Shuakhevi, Khulo Municipalities. 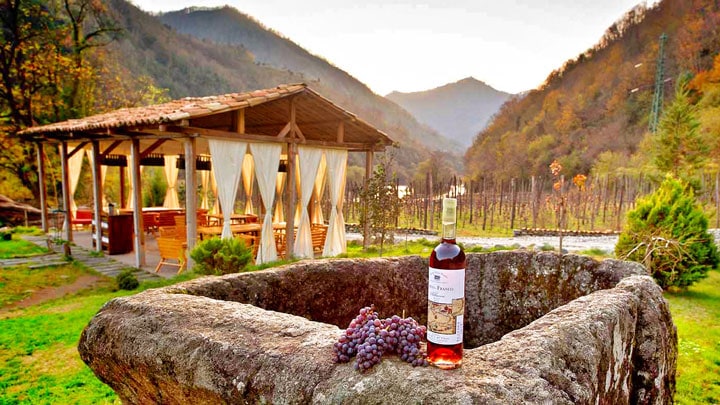 Georgia’s most famous thing in the world may be its wines. What Turkey’s delight is to the world, so is Georgia’s wine. It is believed that the Georgians invented the wine. The winemaking experience here is 8000 years old! 600 kinds of grapes are grown in Georgia. Some of these are endemic plants, that is, they only grow in those lands. In our BATUMI NIGHTLIFE article, you can find some suggestions for wine tasting and buying Georgian Wine. 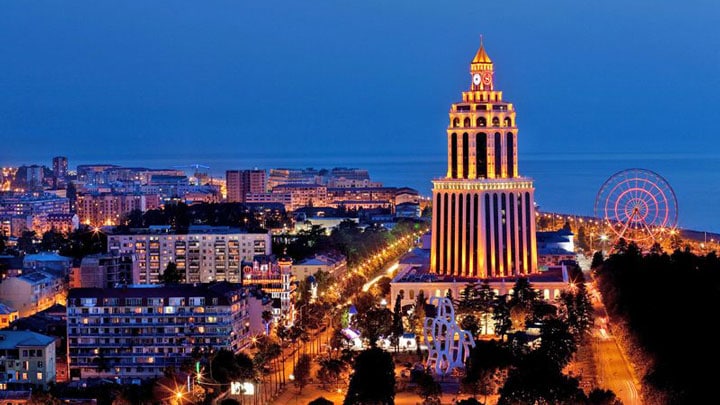 Although we think there are things to do in Batumi that are much more enjoyable than nightlife, Batumi nights are a matter of curiosity. We can categorize them as night clubs, wine houses, hookah bars, casinos and festivals. You can find venue information about each of them in our BATUM NIGHT LIFE article. 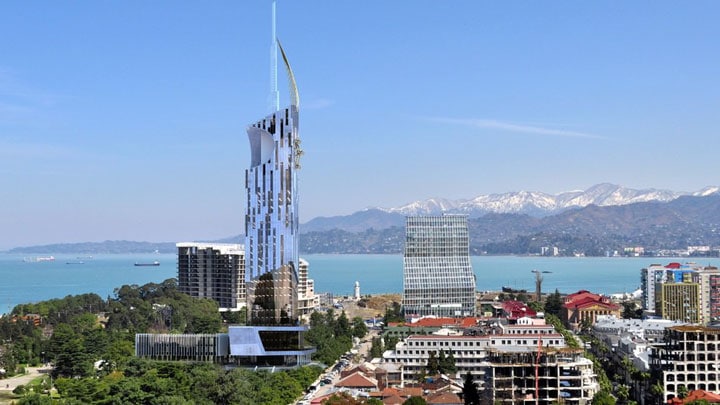 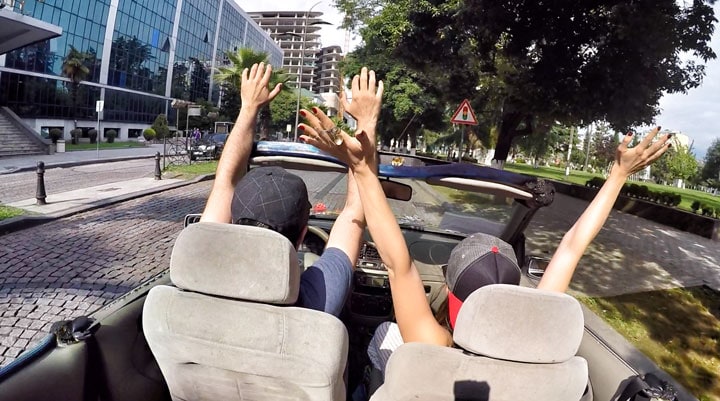 The fact that Batumi is a border neighbor to the east of Turkey and that there is no visa application to Turkey makes it an economical and easily accessible travel option. This being the case, Turks like us, who have their identity cards in their hands, enter the Eastern Black Sea Region on weekends and leave Batumi. HOW TO GET TO BATUM – WAYS TO PASS THE SARP BORDER BY AIR AND LAND, we explained in detail in our article.

For more information about Georgia GEORGIA TRAVEL GUIDE You can check our page.

HOW TO PHOTO THE NORTH LIGHTS | we are not at home